Brookesmith Special Utility District is a Political Subdivision of the State of Texas organized under Chapters 49 and 65 of the Texas Water Code for the purpose(s) of furnishing potable water service to the Western side of Brown County, Texas. Other areas covered are some north western parts of Mills County, Texas and some eastern parts of Coleman County, Texas.

The District has grown over the years to  3700 + connections and covering over 800 square miles.  We have the storage capacity of three elevated towers, two ground storage tanks and three standpipes with a combined storage of 3,636,000 gallons.

The District is very fortunate to have Lake Brownwood as a water source.  Progressive thinking many years ago, provides us with this wonderful and plentiful source of water.

Brookesmith SUD purchases treated water from B.C.W.I.D. #1.  At the treatment plant, water from the lake is first screened to remove large objects.  Chemicals, known as coagulants, are added and mixed into the water.  These chemicals do not stay in the water; instead, they cause contaminants such as mud and algae to cling to them forming larger particles.  These settle to the bottom of the tanks and are removed mechanically.

The water then flows slowly through settling tanks where larger particles are allowed to sink to the bottom.  The water from these tanks passes through filters made of gravel and sand.  At this point the water is crystal clear, but before the water enters the distribution system, a small amount of chlorine and liquid ammonia is added.  Chlorine and ammonia must be added to prevent bacteria from developing.

75% of the earth is covered with water.

75% of the world's fresh water is frozen in the polar ice caps.

A person can live without food for more than a month, but without water approximately 1 week.

The average person in the United States uses 80 to 100 gallons of water each day.

37,018 gallons of water is needed to manufacture a new car.

The first United States water plant with filters was built in 1872 in Poughkeepsie, New York.

One gallon of water is equal to 3.785 liters of water.

Water can exist in three stages; liquid, solid and gas.

More than two-thirds of our bodies are water.

The longest river in Texas is the Rio Grande, which begins its 1,896 mile course as the runoff of melted snow in Colorado.

The first water lines in the United States were made of fire charred bored logs.

Every glass of water you drink contains molecules of water used countless times before.

It take 2,072 gallons of water to make four new tires.

About 35 billion laundry loads are done in the United States each year.

It takes approximately 100 gallons of water to produce 1 serving of tomatoes. developing.

LEARN TO WATER SKI - LET'S SELL LEMONADE - WOULD YOU LIKE SQUASH FROM MY GARDEN? GAME CALLED DUE TO RAIN - DRINK 8 GLASSES OF WATER A DAY - THIN WITH WATER - SHAMPOO YOUR HAIR - THE WATER IS 2 FEET DEEP AND RISING - DID YOU SEE THE NEIGHBOR'S NEW BOAT? GRANDDAD HELPED START THE WATER SYSTEM - WHO DECORATED THE FIRE HYDRANT? THE CAT NEEDS WATER -  WASH YOUR HANDS - BATH THE BABY - MOM, CAN WE PLAY IN THE SPRINKLER? WATER THE GRASS - ARE YOU SURE THERE IS WATER IN THE RADIATOR? THE STOCK TANK IS NEARLY DRY - LET'S SPRAY FOR MOSQUITOES - WATER WORKS 24 HOURS A DAY - TAKE A COLD SHOWER - HOW ABOUT SEAFOOD TONIGHT? I'D RATHER BE FISHING - CAN I PLAY FIREMAN? BOIL SOME WATER - TEA OR COFFEE? DAD! I MADE THE SWIM TEAM - WE DON'T HAVE TO HAUL WATER ANYMORE - DID YOU LEAVE THE WATER RUNNING? THE RAIN BARREL IS FULL - WE FIXED THAT LEAK AND OUR WATER BILL WENT WAY DOWN! APRIL SHOWERS BRING MAY FLOWERS - HAVE YOU DONE THE DISHES? RAINDROPS KEEP FALLING ON MY HEAD - WANNA MAKE MUD PIES? PUT THE FLOWERS IN WATER - WHAT A BEAUTIFUL WATERCOLOR - GARGLE WARM SALT WATER - WELL PARDNER, IT'S THREE DAYS TO THE NEXT WATERHOLE - PUT OUT THAT FIRE! MOP THE FLOOR - SCOTCH AND WATER, PLEASE - DIP THE DOG - NO SPLASHING - OUR WATER OPERATOR IS STATE CERTIFIED - WHO USED ALL THE HOT WATER? CAN I NAME THE GOLDFISH FLIPPER? LIKE WATER OFF A DUCK'S BACK - SIMMER TILL TENDER - TAKE YOUR PILL - TREAD WATER - SOUP'S ON - BRUSH YOUR TEETH - WASH THE CAR - DO WE HAVE ANY ICE? MIX THE CEMENT 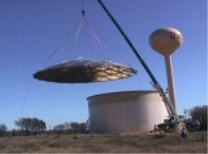 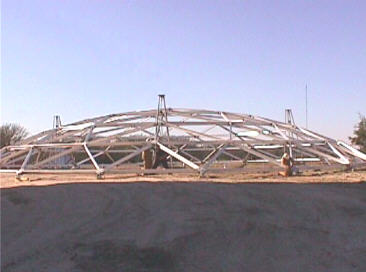 Our system is under a Stage 1 Drought Conditions, water use restriction as of today July 18th, 2022.

* Customers are encouraged to limit OUTSIDE water usage to before 10 a.m. and after 7 p.m.

All controllable leaks must be repaired within a reasonable time.

Our system is under a Stage 1 Drought Conditions, water use restriction as of today July 18th, 2022.

* Customers are encouraged to limit OUTSIDE water usage to before 10 a.m. and after 7 p.m.

All controllable leaks must be repaired within a reasonable time.